In Memory of
William T. "Bill"
Burke
1930 - 2021
Click above to light a memorial candle.
Memorial Candle Tribute From
Philbin-Comeau Funeral Home
"We are honored to provide this Book of Memories to the family."
View full message >>>
Send Flowers
Plant a Tree In Memory of Your Loved One
Click Here
Menu 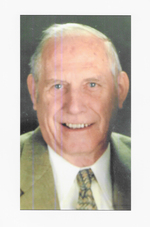 Clinton-William T. “Bill” Burke, 91, died peacefully on Monday, December 20, 2021 after a period of declining health. He is survived by his wife of 67 years, Helena “Holly” (Boland) Burke; a son, William T. Burke II of Leominster; a daughter Kathleen Shaheen and her husband John of Nashua, NH; three grandsons: Michael J. Shaheen, Christopher W. Shaheen, and Patrick B. Shaheen. He is predeceased by a daughter-in-law Nancy G. Burke; brothers-in-law Maurice H. Boland, Jr., James E. Boland, Stanley J. Gorski; sisters-in-law, Mary B. Evans, Anna T. Boland, Helen Boland; and nephews James E. Boland, Jr., James E. Evans, and Mark B. Evans.
Bill was born in Clinton, son of the late Walter and Mary (Mulgrew) Burke on June 20, 1930. He graduated from Clinton High School, Class of 1949. He served in the US Navy on the USS Missouri as a radioman during the Korean Conflict. After leaving the Navy he returned to Clinton where he worked at the Colonial Press as a printer until its closing. Bill then went on to work at the Continental Baking Company as a route salesman until his retirement in 1992. Bill was well known locally for his boxing achievements. He was a multi-year winner of the Golden Gloves as a teenager. He went on to be a two time Massachusetts National Guard Champion and was the 1952 Atlantic Fleet Featherweight Champion. Bill was also an avid skier. He held a season pass at Wachusett Mountain into his 80s. Bill enjoyed his annual vacation to Aruba with his wife Holly. He loved to read and take daily walks.  He was a life long member of St. John's Parish in Clinton, and a long time member of the American Legion. Most of all he loved spending time with Holly, his children, and grandchildren. A calling hour will be held on Tuesday, December 28, 2021 from 10 until 11AM in the Philbin-Comeau Funeral Home, 176 Water St., Clinton, with a Mass of Christian Burial to be celebrated at 11:30AM in St. John the Evangelist Church, 80 Union St., Clinton. Burial will follow in St. John’s Cemetery, Lancaster. Attendees are respectfully requested to wear a mask while attending services. Online condolences may be placed at www.philbincomeaufh.com