In Memory of
Stephen
Alinkowitz
1951 - 2019
Click above to light a memorial candle.
Memorial Candle Tribute From
Philbin-Comeau Funeral Home
"We are honored to provide this Book of Memories to the family."
View full message >>>
Send Flowers
Plant a Tree In Memory of Your Loved One
Click Here
Menu 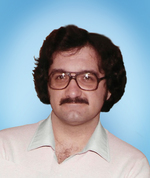 Worcester-Stephen Alinkowitz, 67, died unexpectedly in his residence on Friday, January 4, 2019 following a period of declining health. He is survived by his siblings, Carol Franciose of Lunenburg; Jean Richter & husband Steven, Anne Alinkowitz, and Edward Alinkowitz, all of Clinton; generations of nieces & nephews, including Tyne Pajari, Amanda Richter, Natalie Richter, and John Link. He is pre-deceased by his brother Frank Alinkowitz, and sister, Mary Link.
Stephen was born in Clinton to the late Frank J. & Anne (Hastings) Alinkowitz. He graduated from the Clinton High School, Class of 1970 and continued collegiate studies in Nebraska. Steve returned home and enlisted to serve with the US Army National Guard. He worked for the former Blackstone Mills in Clinton and continued employment with several manufacturing companies before retiring. An avid sports fan, he cheered for the Patriots, Red Sox, Bruins, and Celtics. There will be no funeral services held. Arrangements are entrusted to the care of Philbin-Comeau Funeral Home, 176 Water St., Clinton. www.philbincomeaufh.com