In Memory of
Robert D.
Wheeler Jr.
1947 - 2020
Click above to light a memorial candle.
Memorial Candle Tribute From
Philbin-Comeau Funeral Home
"We are honored to provide this Book of Memories to the family."
View full message >>>
Send Flowers
Plant a Tree In Memory of Your Loved One
Click Here
Menu 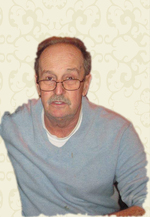 Clinton-Robert D. Wheeler, Jr., 73, passed away peacefully at home on Wednesday, October 28, 2020. He is preceded in death by his beloved wife of 47 years, Jacqueline M. (Pelley) Wheeler, who died in 2016. He is survived by his daughter Tammy Andrade & her husband Richard; and grandson Ricky Andrade, all of Franklin; his siblings: David Wheeler & wife Debora; Gary Wheeler; and Lawrence Wheeler; brothers-in-law Jerry Salter and Bill Cambridge; several nieces, nephews, extended family, friends, and his canine companions Lizzie & Bosco. He is pre-deceased by two sisters, Karen Salter and Lena Cambridge.
Bob was born in Clinton, son of the late Robert & Jacqueline (Cadoret) Wheeler. After his family moved to California during childhood, Bob enrolled in San Fernando High School and graduated as a member of the Class of 1964. He achieved his undergraduate degree from the University of Southern California and remained a faithful life-long fan of USC Trojan football. Bob then enlisted to proudly serve our nation in the US Army during the Vietnam War and continued service with the Army National Guard. He returned home safely to Clinton and began his career as an IT technician with Digital Equipment Corporation and later worked with RetroFit Technologies until retiring. An avid football fan, Bob spent countless seasons cheering for USC on Saturday and for the Patriots on Sunday. He loved cooking for family and friends and had mastered the recipe for his mother’s cherished spaghetti sauce. Bob will be forever missed and remembered lovingly as a devoted husband, father, grandfather, brother, uncle and friend. Calling hours will be held on Monday, November 2, 2020 from 5 until 7PM in the Philbin-Comeau Funeral Home, 176 Water St., Clinton. Guests are respectfully asked to observe appropriate social distancing and wear a mask while attending. A Funeral Service will later be held privately. Memorial contributions may be made in memory of Robert D. Wheeler, Jr. to: Veterans Inc., 69 Grove St., Worcester, MA 01605. Online condolences may be placed at www.philbincomeaufh.com