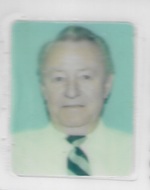 Boylston-Robert J. McLaughlin, Jr., 92, left this world on Valentine’s Day to be with his sweetheart, whom he missed so dearly, his wife of 46 years, Mildred F. (Sullivan) McLaughlin. He is survived by his children and their spouses, Karen Mann; Diane Flanagan & Tom, all of Boylston; Annmarie Thompson & Vaughn of Berlin; and Marlene Gedenberg & Paul of Auburn; 13 grandchildren, 14 great-grandchildren; numerous nieces and nephews. He is pre-deceased by his son, Robert “Zeke” McLaughlin, and his sister, Eleanor Ward.
Bob was born in Winthrop to the late Robert and Alice (McDonough) McLaughlin. He attended local schools and graduated from Winthrop High School, Class of 1944. A true patriot from our greatest generation, Bob proudly served as a Technician 5th Grade in the US Army 81st Infantry during WWII, and subsequently served as an Airman in the US Navy during the Korean War. With a brilliant mechanical mind, Bob returned home safely from service and began his lifelong career in Engineering. He worked for the Massachusetts Institute of Technology on teams that assisted NASA to help develop several Apollo Space Missions, including the successful Apollo 11 moon landing. Bob later joined the Digital Equipment Corp., from where he ultimately retired after nearly 20 years. A Funeral Service will be celebrated at 11AM on Wednesday, February 20, 2019 in the Philbin-Comeau Funeral Home, 176 Water St., Clinton, with burial to follow in Pine Grove Cemetery, Boylston. A calling hour will be held prior to services on Wednesday from 10 until 11AM. Memorial contributions may be made in memory of Robert J. McLaughlin, Jr. to: Veterans, Inc., 69 Grove St., Worcester, MA 01606. Online condolences may be placed at www.philbincomeaufh.com