In Memory of
Peter S.
Salwa
1940 - 2022
Click above to light a memorial candle.
Memorial Candle Tribute From
Philbin-Comeau Funeral Home
"We are honored to provide this Book of Memories to the family."
View full message >>>
Send Flowers
Plant a Tree In Memory of Your Loved One
Click Here
Menu 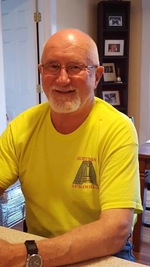 South Lancaster-Peter S. Salwa, 81, passed away peacefully surrounded by family on Saturday, January 22, 2022, following a brief illness. He leaves his four daughters: Melissa Demerest and her husband Ed, Cindi Shaughnessy and her fiancé Rob Kenda, all of Hubbardston, “the evil one” Samantha Houlihan and her husband Mark of Plainville, Bethani Summers-Hodge and her husband Simon “the Brit” of Clinton; one almighty son: Seth Salwa and his wife Kerrie of Clinton; grandchildren: Michelle & EJ Shaughnessy, Kay Smith, Abby & Natalie Salwa, and Hazel Summers-Hodge; great-grandson: Kaiden Shaughnessy; his sister: Sheila Salwa Carman of Ayer; best friend and favorite ex-wife: Carol LaValley of Clinton; and his loving partner: Terry Fuller of Sterling. He was pre-deceased by his wife Margaret Salwa who passed in 2018.
Pete was born and raised in West Concord to the late Stanley and Catherine (Carman) Salwa, before moving to Clinton in 1967 and eventually settling in South Lancaster in 1999.  He graduated from Concord High School class of 1958 and went on to work for many years as a pipefitter for Armstrong Sprinkler before taking over the business in 1999. He worked in many communities in central Massachusetts and took immense pride in his work and the buildings that he maintained along with his son, until his retirement due to health reasons in 2018.
Pete was an avid outdoorsman and gun collector, enjoying hunting, outings at the shooting range, snowmobiling, yard work at home, and could always be found tinkering in his garage. He loved taking “back roads” anywhere he went while blaring Willie Nelson, never asking for directions insisting he was not lost. He was a big Boston Red Sox fan and took great pride in being a Republican.  He was an active member of the NRA and GOAL and a lifetime member and former President of the Clinton Fish and Game.  When he wasn’t with his family or working you could find him in one of his favorite places: Dorset, VT, Mt. Washington, Portsmouth, NH or York Beach, ME.
The family would like to thank the staff at the River Terrace Nursing Center and Clinton Hospital for the service and compassion they provided to Pete while he was in their care. Calling hours will be held from 5 until 7PM on Friday January 28, 2022 in the Philbin-Comeau Funeral Home, 176 Water St., Clinton. Burial will be held privately at a later date. In lieu of flowers, memorial contributions can be made to The Michael J. Fox Foundation, PO Box 5014, Hagerstown, MD  21741-5014. Online condolences may be placed at www.philbincomeaufh.com