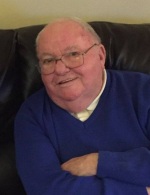 In Memory of
Paul F.
Lowe
1933 - 2021
Click above to light a memorial candle.
Memorial Candle Tribute From
Philbin-Comeau Funeral Home
"We are honored to provide this Book of Memories to the family."
View full message >>>
Send Flowers
Plant a Tree In Memory of Your Loved One
Click Here
Menu 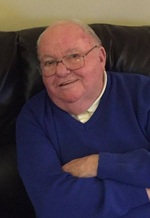 Clinton-Paul F. Lowe, 88, died Monday, November 29, 2021 peacefully at home, after a brief illness.  He is predeceased by his wife, Elinor M. (Gannon) Lowe, and is survived by his four children and their spouses, Paul F. Lowe, Jr. & Katie of Clinton, Patricia Garvey & Jeff of Lancaster, David Lowe & Tracey of Lancaster, and James Lowe & Anne of Clinton; eight grandchildren: James, John, and Thomas Garvey, Sidney, Cameron, Dillan, Daniel, and Matthew Lowe. He is survived by his siblings, James M. Lowe and his wife Rachel of Lancaster, Robert F. Lowe, Howard M. Lowe and his wife Patricia, and Ellen Kosewski, all of Sterling; sister-in-law Christine Lowe of Sterling, brother-in-law Robert Holm of Worcester, many nieces, nephews, relatives and friends.  He was predeceased by his sister Janet Holm of Worcester, his brother Charles Kevin Lowe, and brother-in-law Thomas Kosewski both of Sterling.
Paul was born and raised in Clinton and Sterling, son of Perley F. and Mildred (Connelly) Lowe.  He was a member of the Class of 1951 at Clinton High School and received his BA and master’s degrees from Fitchburg State College.   He served in the Army during the Korean Conflict in Military Intelligence. Paul began his educational career with the Hudson, MA Public Schools where he taught in the Junior High School and served as the Athletic Director for the Hudson School Department. He returned to Clinton and taught the fifth grade for two years prior to being appointed Director of Distributive Education at Clinton High School. Paul left teaching in 1986 and returned full time to his real estate practice, which he owned and operated for 38 years. Paul also owned and operated the EZ-WAY cleaning service and Odormaster Inc., specializing in smoke odor removal. Paul was a life member of the Knights of Columbus, the Clinton Lodge of Elks, past President of the Clinton Exchange Club, Corresponding Secretary of the Clinton Turn Verein, and member of the Clinton Traffic Committee for 46 years, serving as chairman for the last 23 years of his tenure. Paul was known for his service to others, his good humor and for his honesty and integrity in all that he did.
A Mass of Christian Burial will be celebrated for Paul at 10AM on Saturday, December 4, 2021 at St. John the Evangelist Church, 80 Union St., Clinton, with burial to follow in St. John’s Cemetery, Lancaster.  In respect of Paul’s wishes, there will no calling hours.  Arrangements are entrusted to Philbin-Comeau Funeral Home, 176 Water St., Clinton.  In lieu of flowers, contributions may be made in memory of Paul F. Lowe to: St. Vincent de Paul Society, 80 Union St., Clinton, MA 01510, or to Wheat Community Connections, 272 High St., Clinton, MA 01510.  Online condolences may be placed at www.philbincomeaufh.com