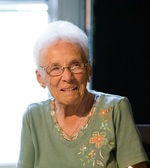 Clinton-Nancy B. (Gorman) Starr, 96, died Monday May 23, 2022 at Rose Monahan Hospice House in Worcester after a short illness. Nancy was born July 7, 1925 in Clinton, daughter of the late George & Ruth (Finan) Burnside. Nancy attended local schools and graduated from Clinton High School in 1943. After graduating, she began working at Ray-O-Vac in Clinton. There she met a young man named Robert Gorman and they were married on October 27, 1945 at St. John’s Church in Clinton. In 1957 they moved to Sterling and lived there for several years before divorcing. In 1964, Nancy went to work at the Colonial Press in Clinton and remained there until the company closed in 1977. She was then employed at Digital Equipment Company in Maynard from where she retired in 1990. In 1970, Nancy met and married Stephen Starr of Clinton. They loved spending time at the beach in Ogunquit Maine, going to the races and especially playing golf. Nancy was very proud of her 2 holes-in-one and continued to play golf into her early nineties. She and Steve enjoyed 23 years of marriage until his death in 1993. Nancy was taught from an early age, that one of the greatest callings in life was to give back to the community she was raised in. For the next 75 years she did just that. She was an officer of both The Clinton and Sterling Women’s Clubs. She was a charter member of the Clinton Hospital Guild, Trustee of the Clinton Library. She worked tirelessly with the American Red Cross to help organize the local blood banks. After she retired, she delivered Meals on Wheels for 25 years. At the age of 90 she was honored with a shillelagh from the Clinton Leprechaun Society for a lifetime of good works.

Calling hours will be held from 5-7PM on Thursday May 26, 2022 in the Philbin-Comeau Funeral Home, 176 Water St., Clinton. Burial will be held privately at St. John’s Cemetery, Lancaster. In lieu of flowers the family encourages donations be made in Nancy’s memory to either Care Food Pantry, 80 Union St., Clinton, MA 01510 or to WHEAT Community Connections, P.O. Box 847, Clinton, MA 01510. Online condolences may be placed at www.philbincomeaufh.com