In Memory of
Lawrence H.
Cutler
1944 - 2019
Click above to light a memorial candle.
Memorial Candle Tribute From
Philbin-Comeau Funeral Home
"We are honored to provide this Book of Memories to the family."
View full message >>>
Send Flowers
Plant a Tree In Memory of Your Loved One
Click Here
Menu 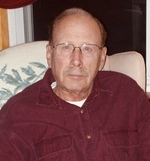 Lancaster-Lawrence “Larry” Herbert Cutler, 74, passed away peacefully on Wednesday, May 29, 2019 at Brigham and Women’s Hospital in Boston after a two-year battle with cancer. He leaves his wife of fifty-three years, Margaret Ellen (Fitch) Cutler; and two daughters, his eldest, Sheila Cutler Sohn, PhD, and her husband Andrew “AJ” Sohn, and their children, Carter and Elise, of Concord; and his youngest, Sherry Lynn Cutler, and her partner Todd Washburn, Sherry’s son Seth Gilchrest of Lancaster, and Todd’s children, Alyssa and Jack Washburn of Acton. He leaves his sister Marsha Brothers and her husband Ray of Lake Havasu, AZ; many brothers and sisters-in-law, nieces and nephews, his very special family in Texas, and many dear friends.  He was pre-deceased by his brother Richard E. Cutler and an infant son.
Larry was born in Clinton on December 28, 1944, son of the late Herbert & Elisabeth (Nourse) Cutler. He was raised in Lancaster and graduated from the Nashoba Regional High School, Class of 1963. He proudly served our nation as a Sergeant in the United States Army during the Vietnam War and was awarded the Bronze Star Medal for meritorious service. Larry returned home safely to begin his lifelong career in his family business, Lancaster Auto Service, working alongside his father for many years and later owning and operating the garage until the time of his passing. In recent years, Larry and Ellen enjoyed traveling, venturing to Texas, Florida, Hawaii, and numerous destinations. His further hobbies included fishing, camping, dancing, and spending time with family, especially his grandchildren. Larry was always more kind to old ladies and animals and his sarcastic wit endeared him to everyone he encountered. Calling hours will be held from 4PM until 7PM on Thursday, June 6, 2019 in the Philbin-Comeau Funeral Home, 176 Water St., Clinton. A Funeral Service will be celebrated at 10AM on Friday, June 7, 2019 at the First Church of Christ Unitarian, 725 Main St., Lancaster. In lieu of flowers, contributions may be made in memory of Lawrence Cutler to: Lancaster Fire Department, 1055 Main St., Lancaster, MA 01523. Online condolences may be placed at www.philbincomeaufh.com

US Army
The insignias listed here may be subject to copyright and / or trademarked. Those copyrights and trademarks are owned by the respective organizations.
Printable
Share on Facebook
Contact Us