In Memory of
Laurie A.
Stephens (Tower)
1961 - 2022
Click above to light a memorial candle.
Memorial Candle Tribute From
Philbin-Comeau Funeral Home
"We are honored to provide this Book of Memories to the family."
View full message >>>
Send Flowers
Plant a Tree In Memory of Your Loved One
Click Here
Menu

Obituary for Laurie A. Stephens (Tower) 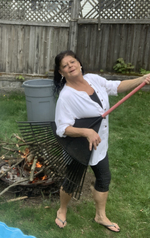 Clinton-Laurie A. (Tower) Stephens, 60, died unexpectedly on Sunday, April 17, 2022 at the Clinton Hospital following a brief illness. She is survived by her beloved husband of 40 years, Victor P. Stephens; their children, Victor P. Stephens, Jr.; and Shannon M. Stephens, of Clinton; and adoring grandchildren, Victor III, Sean, Jade, Dylan, and Caleb. She leaves her brother, Richard Tower & wife Phyllis of Boxborough; sister-in-law Chrissy Tower of AZ; nieces, nephews, extended family, and many dear friends. She is pre-deceased by her two brothers, Lawrence R. Tower, Jr. & Scott Tower, and son-in-law Tyler LeBlanc.
Daughter of the late Lawrence & Marilyn (Lovelace) Tower, Laurie was raised and educated in Stow and was a graduate of the Nashoba Regional High School, Class of 1979. With a love for children and a passion for culinary arts, Laurie spent her professional career as a private nanny and housekeeper for more than twenty years. In addition, she worked for the Digital Equipment Company, Marlborough Hospital, Stop & Shop, and the Haven Country Club. A natural people person, Laurie was a beloved bartender at the Hudson AMVETS, Marlborough Eagles, and Marlborough Moose Lodge. Among her many enjoyments, Laurie was happiest hosting family and friends for nights at the backyard fire pit, decorating for Halloween, playing games, and completing puzzles. She was everything to everyone and Nana to all. Calling hours will be held from 4 until 7PM on Thursday, April 21, 2022 in the Philbin-Comeau Funeral Home, 176 Water St., Clinton. A Mass of Christian Burial will be celebrated at 10AM on Friday, April 22, 2022 at St. John the Evangelist Church, 80 Union St., Clinton. Memorial contributions may be made in memory of Laurie Stephens to: Clinton Youth Soccer, P.O. Box 251, Clinton, MA 01510. Online condolences may be placed at www.philbincomeaufh.com