In Memory of
Kevin M.
Williams
1968 - 2022
Click above to light a memorial candle.
Memorial Candle Tribute From
Philbin-Comeau Funeral Home
"We are honored to provide this Book of Memories to the family."
View full message >>>
Send Flowers
Plant a Tree In Memory of Your Loved One
Click Here
Menu 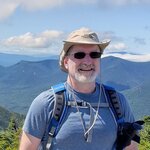 Lancaster-Kevin M. Williams, 53, died unexpectedly on Saturday, February 5, 2022 at the Lahey Clinic in Burlington after being stricken ill at home. He is survived by his beloved wife of 25 years, Pam Short; and their three boys, Johnathan, Zachary, and Benjamin Williams, all of Lancaster; his mother, Barbara Williams; and two sisters, Kim Williams & husband Larry Finch; and Jodie Salisbury, all of Mount Upton, NY; sister-in-law Jill Rogalskyj & husband Pete of Livonia, NY; nieces and nephews, Marissa Hall & husband Brett, Nathaniel, Sophia, and George Rogalskyj; extended family, many colleagues and close friends near and far, and his five feline companions at home. He is pre-deceased by his father, Durwood “Bud” Williams, and his brother, Greigg Williams.
Born, raised, and educated in Mount Upton, NY, Kevin graduated as valedictorian from the Mount Upton High School, Class of 1986 and achieved his Bachelor degree in Computer Engineering from Rochester Institute of Technology. He began his professional career as a Computer Engineer for the Digital Equipment Company, later worked for Toshiba, and was currently employed as a Senior Integration Engineer for Hardware Development for IBM. Kevin coached his sons in youth tee-ball, basketball, and soccer and shared their passion for sports as a devoted fan of the Boston Red Sox, Bruins, Celtics and…Los Angeles Rams! He was avid skier, outdoorsman, and hiker, having notably reached the peak of all 48 4,000 footers in New Hampshire and recently hiked to the 14,000 foot summit of Mount Bierstadt in Colorado. Among his many additional skills and qualities, Kevin was a well-known adventure seeker, roller coaster aficionado, award-winning chili recipe creator, and masterful photographer. Above all, he was a devoted family man, loving husband, father, son, brother, uncle, and friend. Calling hours will be held on Saturday, February 12, 2022 from 2 until 4:30PM with a service to follow at 4:30PM in the Philbin-Comeau Funeral Home, 176 Water St., Clinton, all are welcome to attend. In lieu of flowers, Kevin’s family requests that donations be made to a charity of one’s choice. A celebration of life will later be held and announced on Kevin's memorial blog at kwredsox.weebly.com

*Kevin's service will be live streamed from the Philbin-Comeau Funeral Home at 4:30PM on Saturday, February 12th and available for remote attendance by clicking on the WEBCASTING tab on the menu bar to the left