In Memory of
Judith
Kivlehan
1940 - 2021
Click above to light a memorial candle.
Memorial Candle Tribute From
Philbin-Comeau Funeral Home
"We are honored to provide this Book of Memories to the family."
View full message >>>
Send Flowers
Plant a Tree In Memory of Your Loved One
Click Here
Menu 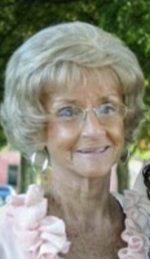 CLINTON- Judith Kivlehan, 80, passed away suddenly on June 7, 2021, at Brigham and Women’s Hospital.

She was born in Waltham on October 29, 1940, daughter of the late Francis and Margaret (Mallinson) Kivlehan. Raised in Newton, she was a graduate of Newton North High School and was employed for a number of years as a teller at West Newton Savings Bank. Judy relocated to Maynard where she worked as a home health aide and resided there for thirty-two years before moving in with her loving daughter who cared for her over the last four years. Her family meant everything to Judy and the light of her life was watching her grandchildren grow.

She leaves behind many that will miss her dearly including her daughter, Milissa MacDonald, with whom she lived; her grandchildren Kayla and Michael Gomez, Jr., both of Clinton; her sister, Marybeth Finley and her husband, Bryan of Framingham; several nieces, nephews, extended family members and friends.

Besides her parents, Judith was predeceased by the love of her life, John “Jack” MacDonald and four siblings, John, Richard and Walter Kivlehan and Margaret Perro.

Family and friends are invited to visiting hours on Friday, June 18th from 6:00pm until 8:00pm at the Philbin-Comeau Funeral Home, 176 Water St., Clinton. A Mass of Christian Burial will be celebrated at 10:00am on Saturday, June 19th at St. John the Evangelist Church, 80 Union St., Clinton. Burial will follow at St. John’s Cemetery. Online condolences may be placed at www.philbincomeaufh.com