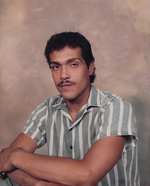 Worcester-Joseph G. "Jerry" Papaleo, 54, passed away unexpectedly on Thursday, February 24, 2022.  He is survived by his children, DiAnna Papaleo and Jacob Fawcett-Papaleo; grandson Aiden Alexander; his mother, Angelina Joyce; his life partner Nellie Kinsman, her daughter Christina Kinsman; siblings, Ivonne Lutes, Cathy Barrios, Evelyn Papaleo, Maria Rodriguez Lescheck; aunts, uncles, nieces, nephews, extended family and many dear friends.  He is pre-deceased by his father, Joseph J. Papaleo, sister Elizabeth Rodriguez and brothers Leslie DeSantiago and Jose Martin Papaleo.   Jerry was one of the last babies born at Clinton Hospital. Clinton was his childhood home where he was raised and educated and spent many days at the Wachusett Reservoir. His professional career was in a variety of fields, including car sales, manufacturing, and general contracting.  Jerry was an avid fisherman and outdoorsman.  When he wasn’t fishing or boating Jerry enjoyed rock music, the Red Sox, telling stories and making people laugh.  Funeral arrangements will be held privately under the direction of the Philbin-Comeau Funeral Home, 176 Water St., Clinton.  Online condolences may be placed at www.philbincomeaufh.com