In Memory of
Joseph A.
Draleau Sr.
1942 - 2021
Click above to light a memorial candle.
Memorial Candle Tribute From
Philbin-Comeau Funeral Home
"We are honored to provide this Book of Memories to the family."
View full message >>>
Send Flowers
Plant a Tree In Memory of Your Loved One
Click Here
Menu

Obituary for Joseph A. Draleau Sr. 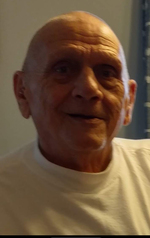 Clinton-Joseph A. Draleau, Sr., 79, passed away peacefully on December 24, 2021 at UMass Medical Center in Worcester following a brief illness. He is survived by her beloved wife of nearly 60 years, Jean (Papienuk) Draleau; their children, Joseph A. Draleau, Jr. & companion Kelly Soares of Clinton; Brian A. Draleau of Clinton; Diane Draleau of Gardner; and the late Cheryl Lynn Draleau. He leaves his siblings, Donald Draleau of VT; Terry Crocker, and Rita Sherwood, both of Fitchburg; seven grandchildren, seven great-grandchildren; numerous nieces, nephews, extended family and dear friends. He is pre-deceased by several brothers and sisters.
Joe was born in Clinton, son of the late Lawrence & Laura (Deneazure) Draleau. Following studies at Clinton High School, Joe enlisted to proudly serve our nation in the US Navy for the next four years and was stationed aboard the USS Essex until being honorably discharged in 1963. He returned home safely to begin his professional career as a mold setter, working for the Van Brode Cereal Company, later with Nypro, Inc., and ITT Surprenant, from where he ultimately retired. Joe was an avid sports fan and was happiest in the company of his wife, children, grandchildren, and great-grandchildren. A private graveside service at St. John’s Cemetery, Lancaster, will be held under the direction of the Philbin-Comeau Funeral Home, 176 Water St., Clinton. Memorial contributions may be made in memory of Joseph A. Draleau, Sr. to: Dana Farber Cancer Institute and the Jimmy Fund, P.O. Box 849168. Online condolences may be placed at www.philbincomeaufh.com