In Memory of
James A.
Casasanto
1956 - 2022
Click above to light a memorial candle.
Memorial Candle Tribute From
Philbin-Comeau Funeral Home
"We are honored to provide this Book of Memories to the family."
View full message >>>
Send Flowers
Plant a Tree In Memory of Your Loved One
Click Here
Menu

Obituary for James A. Casasanto 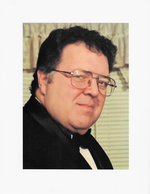 Clinton-James A. Casasanto, 66, passed away peacefully on Wednesday, May 4, 2022. He is reunited with his beloved wife of 35 years, Diane (Pupecki) Casasanto. He is survived by his son, Thomas J. Casasanto of Clinton; siblings and spouses, Joseph Casasanto & Debbie of Clinton; William Casasanto of Northwood, NH; Michael Casasanto & Janet of Old Orchard Beach, ME; Angela Casasanto & Neil Starr of Clinton; Cheryl Lima & Jorge of Brazil; Peter Casasanto & Kim; Elisa Mojica & Carmelo; and Lois Pellerin, all of Clinton; nieces, nephews, extended family, and many dear friends. He was pre-deceased by his grandparents, Merle Sleeper, Carmen & Viola Casasanto.
Jim was born in Clinton, son of the late Joseph & Dorothy (Sleeper) Casasanto. He graduated from the Holy Rosary Grammar School in Clinton and Notre Dame High School in Fitchburg, where he excelled as a student athlete and member of the varsity football team. Jim enlisted to proudly serve our nation in the US Army during the Vietnam War. He returned home to begin his lifelong career in the automotive industry and worked for ABC in Leominster, Goldie’s in Medway, and R.H. Wilson in Pepperell, where he was employed until the time of his passing. He was a lifelong football fan and faithful supporter of the New England Patriots. An avid sportsman, he enjoyed hunting, fishing and the outdoors. He will be forever remembered as a loyal husband, father, son, brother, uncle, and friend. Per Jim’s wishes, no services will be held. Arrangements are entrusted to the care of Philbin-Comeau Funeral Home, 176 Water St., Clinton. Memorial contributions may be made in memory of James A. Casasanto to: Veterans, Inc., 69 Grove St., Worcester, MA 01605. Online condolences may be placed at www.philbincomeaufh.com