In Memory of
George J. "Gig"
Giansanti Jr.
1948 - 2019
Click above to light a memorial candle.
Memorial Candle Tribute From
Philbin-Comeau Funeral Home
"We are honored to provide this Book of Memories to the family."
View full message >>>
Send Flowers
Plant a Tree In Memory of Your Loved One
Click Here
Menu 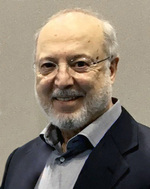 It is with profound sadness that we announce the peaceful, yet unexpected passing of George J. Giansanti, Jr., 70, of Lancaster, PA. George passed surrounded by his loving family on January 30, 2019 at Hospice & Community Care, Mount Joy, PA. Born in Clinton, MA, he was the son of the late George, Sr. and Ann Mastrodomenico Giansanti. He was the husband and soulmate of Martha Giansanti with whom he shared 25 wonderful years.  After graduating from Sacred Heart Academy in Worcester, MA, George proudly served as a Sergeant in the US Air Force during the Vietnam War and later graduated with a bachelor’s degree in engineering from California Polytech Institute where he was awarded “Plant Engineer of the Year”. He began his technical career in the semiconductor field with Hewlett Packard, Commodore Semiconductor, and later began his entrepreneurial path leading several technology startups. George was a 1996 Delaware Valley Entrepreneur of the Year Finalist; he was a respected and trusted businessman and a mentor. Most recently George served as President of Spectra Analysis Instruments, Inc., Marlboro, MA. He was a CEO Club member of Boston and a former member of St. John the Evangelist Church, Clinton, MA.  George is survived by his stepson, Christopher (Rosalie) Bridi, Mesa, AZ, his stepdaughter, Kimberly Bridi, Martinez, GA, his sister, Barbara A., (Dennis) Prinos, two brothers: Phillip M. (Cyndi) Giansanti and Michael A. Giansanti, all of Clinton, MA, two grandsons: Ryan McDonald and Andrew McDonald, both from Martinez, GA, a granddaughter, Scarlett Bridi, from Mesa, AZ, and numerous nieces, nephews, cousins and an aunt from Worcester, MA.  George was happiest while in the company of his family. He and Martha loved traveling to visit their families particularly the grandchildren and enjoyed hosting gatherings for family and friends. He was a lifelong enthusiastic fan of the Boston Red Sox and New England Patriots and treasured attending baseball spring training camp with his grandsons. George, an avid golfer, enjoyed the camaraderie and friendly competition of the sport especially with his brothers and nephew.

A Memorial Mass will be celebrated at 11:30AM on Saturday, March 30, 2019 at St. John the Evangelist Church, 80 Union St., Clinton. George’s video tribute, memories, and online condolences may be shared at http://www.thegroffs.com/

American
The insignias listed here may be subject to copyright and / or trademarked. Those copyrights and trademarks are owned by the respective organizations.
Printable
Share on Facebook
Contact Us