In Memory of
Frederik
Engel
1924 - 2019
Click above to light a memorial candle.
Memorial Candle Tribute From
Philbin-Comeau Funeral Home
"We are honored to provide this Book of Memories to the family."
View full message >>>
Send Flowers
Plant a Tree In Memory of Your Loved One
Click Here
Menu 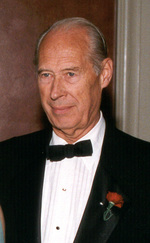 Frederik Engel, 95, passed away peacefully on Monday, September 9, 2019, after living a full and prosperous life. He is preceded in death by his beloved wife of 62 years, Johanna (van den Berg) Engel. He leaves his brother, Antonie Engel and his wife Emmy, as well as many nieces, nephews, and dear friends, in the Netherlands. He is survived by nine grandchildren, nine great-grandchildren and his five loving children and their spouses: Catherine Spee and her husband, Robert, of Alpharetta, GA; Sandra Lampert and her husband, John, of Watertown, MA; Pieter Engel and his wife, Kelly, of New Canaan, CT; Karen Engel and her husband, Philip Tucher, of Oakland, CA; and Tone Engel and his wife, Iva, of Bolton, MA. He is pre-deceased by his sister, Cornelia Bliek, and brother, Henri Engel.
Frederik was born in Terwinselen, Holland to the late Antonie & Petronella (Goudswaard) Engel. As a young man, he served as a volunteer for the Dutch Red Cross and Resistance during World War II. He earned his Master's Degree in Mechanical Engineering from Delft University of Technology in the Netherlands and emigrated to the United States, where he met and soon married his life partner, Johanna van den Berg, and eventually settled in Wilton, CT, where together they raised their family of five children. Blessed with a brilliant mind, Frederik worked tirelessly to achieve his successful career, primarily with North American Philips. In retirement, he and Hansi enjoyed many winters in Punta Gorda, Florida, and summers in Redding, CT. He was always happiest while encouraging the success of his children and he will be forever remembered as a proud patriarch of his family. Funeral services will be held privately. Arrangements are entrusted to the care of Philbin-Comeau Funeral Home, 176 Water St., Clinton. Online condolences may be placed at www.philbincomeaufh.com