In Memory of
Emily E.
Boulanger (Mills)
1925 - 2019
Click above to light a memorial candle.
Memorial Candle Tribute From
Philbin-Comeau Funeral Home
"We are honored to provide this Book of Memories to the family."
View full message >>>
Send Flowers
Plant a Tree In Memory of Your Loved One
Click Here
Menu 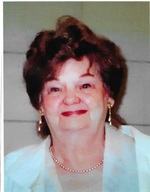 Clinton-Emily E. (Mills) Boulanger, 94, passed away peacefully on Friday, March 15, 2019 at Marlborough Hospital following a brief illness. She is pre-deceased by her husband, Norman W. “Nick” Boulanger; and her son, Ernest “Biffer” McGowan. She is survived by her children, Charles W. Clark & wife Kathleen of Leominster; Robert D. Clark of Clinton; Cheryl Boisoneault of West Boylston; her sister, Dolores Jenkins of Berlin; grandchildren, Charles Clark, Robert Clark, Emily DePatsy, James Hardy, and Nathan Hardy; 3 great-grandchilren, Gabriella Clark, Cameron Clark, and Ava Moniz; numerous nieces, nephews, extended family and friends. She is pre-deceased by her infant granddaughter Crystal Emily Clark, and her siblings, Ruth McNally, Harold Mills, Mae Pierce, Dorothy Botko, Alice Botko, Theresa Carbone, Sarah Radock, Blanche “Marion” Marhefka, and Bobbi Gavin.
Emily was born in Clinton to the late Dennis & Blanche (Reardon) Mills, and attended local schools. She devoted herself to raising her family as a full-time homemaker and was a loving wife, mother, nana, sister, aunt, and friend. She spent her spare time competing with friends playing Bingo and was happiest while in the company of her grandchildren. A graveside service will be held at 12PM on Friday, June 14, 2019 in St. John’s Cemetery, Lancaster, under the direction of the Philbin-Comeau Funeral Home, 176 Water St., Clinton. Online condolences may be placed at www.philbincomeaufh.com