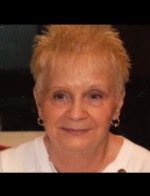 In Memory of
Elizabeth Jean
Bashaw (Snow)
1945 - 2022
Click above to light a memorial candle.
Memorial Candle Tribute From
Philbin-Comeau Funeral Home
"We are honored to provide this Book of Memories to the family."
View full message >>>
Send Flowers
Plant a Tree In Memory of Your Loved One
Click Here
Menu 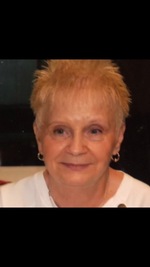 Clinton-Elizabeth “Jean” (Snow) Bashaw, 77, passed away peacefully at Westborough Healthcare Center on Tuesday, March 8, 2022, following a period of declining health. She is preceded in death by her beloved husband of 30 years, Robert R. Bashaw, who died in 2006. She is survived by her two sons, Richard Burgwinkle & wife Sue; and Ronald Burgwinkle, all of Clinton; her grandson, Cody Burgwinkle; two sisters, Carol Buteau, and Barbara Labbe; numerous nephews and nieces, notably Lisa Cummins, extended family and many dear friends. She is pre-deceased by her siblings, Kenneth Snow, Jr., Joseph Snow, Michael Snow, Margaret Draleau, and Eileen Snow.
Daughter of the late Kenneth & Helena (Shimansky) Snow, Jean was raised in Lancaster and was a member of the Nashoba Regional High School, Class of 1963. In addition to raising her family, Jean worked for many years as a receptionist for the Digital Equipment Company, and later as an aide for the Corcoran House in Clinton, where she was adored by her co-workers, residents, and visitors alike. Jean was well known for her friendly, outgoing personality and heart of gold. She was a social butterfly who always had a smile on her face. Jean will be forever remembered as a loving wife, devoted mother, grandmother, sister, aunt, and friend. Funeral services with interment in St. John’s Cemetery, Lancaster, will be held privately under the direction of the Philbin-Comeau Funeral Home, 176 Water St., Clinton. Online condolences may be placed at www.philbincomeaufh.com