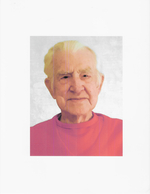 Berlin-Edward Joseph Lipka, 90, passed away peacefully on Monday, February 7, 2022 at Southern Maine Medical Center with his daughter and daughter-in-law by his side.
Edward, the son of the late Stanley & Antoinette (Krawczyk) Lipka was born on September 7,1931 in Clinton, MA. He is survived by his beloved wife of 63 years, Shirley (Brewer) Lipka and was a loving dad to his three children: daughter, Doreen Lipka & wife Donna Dennehy of Wells, Maine; sons, Kevin Lipka, and Paul Lipka, both of Berlin. Edward is survived by his brother, Henry Lipka; sister, Charlotte Wilson; and is brother-in-law to: Janet Lipka, Fred & Edith Brewer, Doris Shortt, and Sam & Corrine Williams. He leaves generations of nieces, nephews, extended family and dear friends.  He is pre-deceased by siblings, Helen Sesia, Theresa LeBlanc, Stanley, Vincent, Joseph, William, Donald, Walter, and infant brother Chester Lipka.

Ed attended local schools and graduated from the Clinton High School.  He began his professional career working as a pressman for the Colonial Press for more than 25 years until its closing and completed his career as a printer for Digital Equipment Corporation in Northborough. Edge was very proud of his Polish heritage and traditions. He enjoyed being surrounded by the Polish community in Clinton in his youth and beyond. The family homestead, located on the banks of Nashua River in Clinton provided an endless supply of childhood memories, which he deeply cherished. Actively involved in his community, Edward was member of the Berlin Board of Trade, Berlin Recreation Committee, Berlin Country Club, Westminster County Club and a coach for the Berlin Little League. A talented and competitive athlete in his youth and adult years, he had an overwhelming passion for golf. He also enjoyed playing and watching numerous sporting events, including baseball, hockey, football, and fishing. Edge had a great sense of humor and was happiest in the company of family and friends.

Calling Hours will be held on Saturday, February 19, 2022 from 10-11:30AM with a funeral service at 11:30AM in the Philbin-Comeau Funeral Home, 176 Water St., Clinton.  Memorial contributions may be made in memory of Edward J. Lipka to: Berlin Firefighters Association, 23 Linden Street, Berlin, MA 01503, or to the Alzheimer’s Association of MA, 309 Waverley Oaks Road, Waltham, MA 02452. Online condolences may be placed at www.philbincomeaufh.com