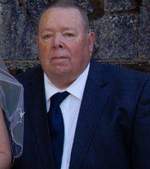 Lancaster-Donald Kern Wheeler, 78, passed away peacefully surrounded by family on Thursday, February 7, 2019 at Marlborough Hospital following a brief illness. He is preceded in death by his beloved wife of 46 years, Dorothy (Wooster) Wheeler. He is survived by his children and their spouses, Karen Kelly & Richard of Castle Rock, CO; Donald W. Wheeler & Karen of Orange; David B. Wheeler & Lisa of Beverly; Daniel J. Wheeler of Leominster; and Bonnie Garrity, with whom he lived, of Lancaster. He leaves two sisters, Inez Mason of Maple Grove, MN; and Dorothy Graves & husband Robert of Hudson, NH; 7 grandchildren, Holly Gammel, Heidi and Heather Smart, Ethan and Sara Wheeler, Evan and Jordan Garrity; 6 great-grandchildren, Mikaylah, Naythanial, Mayritzah, Kylie, Ashton, and Logan; numerous nieces, nephews, and many dear friends.
Donald was born in Gardner to the late Orin & Dorothy (Harrington) Wheeler. He was educated in Lancaster and Winchendon, before attending Narragansett Regional High School, where he proudly participated in Future Farmers of America. He worked on his uncle’s farm and the Dutton family farm for several years before earning his licenses as a Fireman and Engineer from the Peterson School of Steam Engineering in Boston. Don enjoyed his 33-year career as a Power Plant Engineer for the former New England Sanitarium in Stoneham until retiring. A man of great faith, he was a devout member and Deacon in the Seventh-day Adventist Church. He was most recently attending the Leominster SDA Church and was an active supporter of their Pathfinder program. An avid outdoorsman, he shared his passion for camping and hiking with his children and grandchildren. His frequent hobbies included visiting libraries, reading and research, genealogy, building model tractor trailers and farm equipment, tinkering with repairs, welding, traveling, and cheering for the Red Sox.
A Memorial Service will be held at 3PM on Saturday, February 16, 2019 at the Leominster Seventh-day Adventist Church, 445 Union St., Leominster. Funeral arrangements are entrusted to the care of the Philbin-Comeau Funeral Home, 176 Water St., Clinton. Memorial contributions may be made in memory of Donald K. Wheeler to the Leominster SDA Church-Pathfinder Program, 445 Union St., Leominster, MA 01453. Online condolences may be placed at www.philbincomeaufh.com