In Memory of
Donald J.  "Derby"
Burgwinkle
1935 - 2022
Click above to light a memorial candle.
Memorial Candle Tribute From
Philbin-Comeau Funeral Home
"We are honored to provide this Book of Memories to the family."
View full message >>>
Send Flowers
Plant a Tree In Memory of Your Loved One
Click Here
Menu 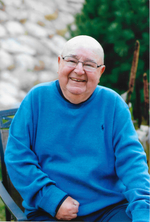 Clinton-Donald J. “Derby” Burgwinkle, 86, passed away peacefully on Sunday, March 20, 2022.  He is survived by his beloved wife of 60 years, Patricia A. (Kraft) Burgwinkle; their children, Beth Smith of Charlotte, NC; and Kevin Burgwinkle & wife Sara of Sterling; and two grandchildren, Erin Burgwinkle and Ryan Smith. He also leaves his nephew, Mark Magowan & wife Carolyn; three nieces, Mary Beth Bonci & husband Robert; Susan Magowan; and Julie Boudillion & husband Daniel; extended family, and many dear friends.  He is pre-deceased by his sister Marjorie Magowan, brother Robert Burgwinkle, and niece Marjorie Magowan.
Donald was born in Clinton, son of the late Walter & Mary (Clisham) Burgwinkle.  He graduated from the Clinton High School, Class of 1953, achieved his Bachelor’s degree from Fitchburg State Teacher’s College and Master’s degree in Education from Worcester State College.  A devoted educator, Mr. Burgwinkle spent his thirty-five year teaching career at the Clinton High School, where he taught Social Studies, served as a guidance counselor, and coached baseball, basketball, cross country, and golf. In addition, he was a well-respected and long-time athletic official for high school basketball, the Eastern College Athletic Conference, and a professional referee in the NBA, where he still holds the record for most fouls called in a single game.
Donald was an avid golfer and member of Oak Hill Country Club in Fitchburg for 39 years. He also loved to caddie for his friends in amateur and PGA events. Donald’s life changed in 1998 when he suffered a debilitating stroke. However, he was never one to give in to life’s adversities. He was an inspiration to many with his “can do” attitude, hard work and perseverance. Mr. Burgwinkle was celebrated as a Tribute Road Race honoree and was a recipient of the Shillelagh Award presented by the Clinton Leprechaun Society.  Donald was a life member of the Clinton Elks Lodge and served on the Board of Trustees for the Clinton Public Library. In addition to closely following sports at all levels of the game, Derby loved the outdoors, walking the track at the Clinton High School, reading history, and following politics.  His keen wit and sense of humor endeared him to all and his memory will forever live on. The family would like to express their appreciation to UMass Memorial Home Health & Hospice, River Terrace Rehabilitation and Healthcare Center and the Clinton Fire Department for the exceptional care Donald received.
Calling hours will be held from 9 until 10:30AM on Saturday, March 26, 2022 in the Philbin-Comeau Funeral Home, 176 Water St., Clinton, with a Mass of Christian Burial to follow at 11AM at St. John the Evangelist Church, 80 Union St., Clinton. Burial will later be held privately at Reservoir Pines Cemetery, Clinton. Memorial contributions may be made in memory of Donald J. Burgwinkle to: Clinton High School Athletics c/o John Smith, 200 West Boylston St., Clinton, MA 01510, or to Clinton Firefighters-Local 3189, 555 Main St., Clinton, MA 01510. Online condolences may be placed at www.philbincomeaufh.com