In Memory of
Barbara A.
Casazza (Agnew)
1955 - 2019
Click above to light a memorial candle.
Memorial Candle Tribute From
Philbin-Comeau Funeral Home
"We are honored to provide this Book of Memories to the family."
View full message >>>
Send Flowers
Plant a Tree In Memory of Your Loved One
Click Here
Menu

Obituary for Barbara A. Casazza (Agnew) 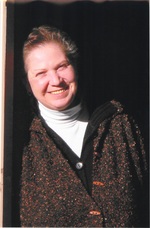 Brimfield-Barbara A. (Agnew) Casazza, 63, passed away peacefully on Thursday, March 14, 2019 at Harrington Hospital in Southbridge. She is survived by her beloved husband of 35 years, Anthony J. Casazza, Jr.; her children and their spouses, Jenifer Gaudet & husband Gerard of Leicester; and Alfred Pratt & Paula of East Kingston, NH; her adoring grandchildren, Jeremy & Andrew Gaudet, Bailey, Joseph, and Annabell Pratt. She leaves her sisters, Gloria Agnew of Haverhill; and Theresa Perkins of Amesbury; numerous nieces, nephews, extended family and friends.
Barbara was born in Haverhill to the late James & Patricia (Lapierre) Agnew. She attended local school and graduated from the Haverhill High School, Class of 1973. Barbara worked for a period of time with the IRS before entering the electronics manufacturing field, where she was employed with the BOSE Corporation and several other companies before ultimately retiring. In her spare time Barbara was an avid gardener and tremendous cook, who took great pleasure in preparing meals for her family and friends. For many years she and her husband Tony enjoyed camping trips throughout New England and beyond. Barbara was happiest while in the company of family and will be forever remembered as a loving and devoted wife, mother, grandmother, sister, aunt, and friend. Calling hours will be held from 5 until 7PM on Wednesday, March 20, 2019 in the Philbin-Comeau Funeral Home, 176 Water St., Clinton, with a Vigil Prayer Service at 6:45PM. Memorial contributions may be made in memory of Barbara Casazza to: MSPCA at Nevins Farm, 400 Broadway, Methuen, MA 01844. Online condolences may be placed at www.philbincomeaufh.com