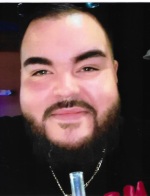 In Memory of
Andy
Cruz
1987 - 2022
Click above to light a memorial candle.
Memorial Candle Tribute From
Philbin-Comeau Funeral Home
"We are honored to provide this Book of Memories to the family."
View full message >>>
Send Flowers
Plant a Tree In Memory of Your Loved One
Click Here
Menu

Clinton-Andy Cruz, 34, died suddenly on Sunday, May 22, 2022 at the Clinton Hospital after being stricken ill. He is survived by his fiancée Chrissi Diaz, and their children, Myla, Mhea, Major, and Maverick. He leaves his sister Desiree Russell, his aunt and second mother Heidi Krauss, who raised him from a young age; aunts & uncles: William Krauss, Randy Krauss, Sandra Krick, AnnaLee Lee, and Pamela Maynard; the Cruz family, numerous cousins, extended family and many dear friends. He is pre-deceased by his parents Terrie L. (Krauss) Musche and Carmelo Cruz, siblings, Tammy Musche and Randy Musche, and his maternal grandmother Lolita Krauss.
Andy was raised and educated in Clinton and was a graduate of the Clinton High School, Class of 2005. He was active in youth sports, played football for the Clinton Gaels, and was a volunteer for the Cops & Kids Program. Andy worked professionally for several area contractors. Among his hobbies, he held a great passion for music, enjoyed playing the guitar, and competing in local pool leagues. Andy was known for his sense of humor, his ability to make friends in any situation, and for his devotion to family. Above all, he loved being a dad and was most proud of his children. Andy was a friend to everyone and his memory will forever live on. Calling hours will be held on Friday, May 27, 2022 from 4 until 7PM in the Philbin-Comeau Funeral Home, 176 Water St., Clinton. Burial will be held privately in Reservoir Pines Cemetery, Clinton. Memorial contributions may be made to assist the family of Andy Cruz at www.gofundme.com. Online condolences may be placed at www.philbincomeaufh.com