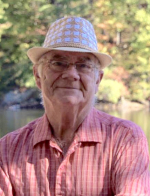 In Memory of
Philip  R.
Prentiss
1936 - 2018
Click above to light a memorial candle.
Memorial Candle Tribute From
Philbin-Comeau Funeral Home
"We are honored to provide this Book of Memories to the family."
View full message >>>
Memorial Candle Tribute From
Robyn
"Until we see you again... thank you for everything. You will be missed. "
View full message >>>
Send Flowers
Plant a Tree In Memory of Your Loved One
Click Here
Menu 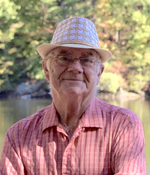 Ashburnham-Philip R. Prentiss, 81, passed away peacefully at home surrounded by his loving family on Friday, January 12, 2018. He is survived by his beloved wife of 37 years, Coreen (LeBlanc) Prentiss; his four sons and their spouses; Dana Prentiss & Rob Denoncourt of Marlborough; Dale Prentiss & Robyn of Lancaster; Dean Prentiss & Tammy of Fitchburg; and Dann Prentiss of Lancaster; two step-children and their spouses, Christine Kerravala & Zeus of Westminster; and Chad Richard & Shawna of Mill Valley, CA; 15 grandchildren, half-sister Sandra Veneziano of Meriden, CT, nieces, nephews, cousins, and dear friends. He is pre-deceased by his sister Sylvia Thompson and half sister Linda Wilson.
Phil was born in Waltham to the late Harold & Katherine (Algee) Prentiss. He was raised in Lancaster and graduated from the Lancaster High School, Class of 1955. Phil served in the US Army Reserves and began his career as a police officer for the Town of Lancaster. He later worked as a truck driver for several companies including PJ Keating, Wildcat Petroleum, Tucker Trans, and Star Container. Phil was a man of great faith, a former deacon and usher at Leominster Assembly of God Church and devout member of Cornerstone Church in Winchendon. He and his wife Coreen enjoyed traveling in their motor home and winter vacations to St. Augustine, Florida. He was happiest in the company of his wife, children, and grandchildren, and will be remembered lovingly by family and friends. A Funeral Service will be celebrated at 11AM on Thursday, January 18, 2018 at Cornerstone Church, 122 Gardner Road, Winchendon, with a calling hour in church prior to services from 10-11AM. Memorial contributions may be made in memory of Philip Prentiss to: Immune Deficiency Foundation, 110 West Road, Suite 300, Towson, MD 21204. Funeral arrangements are entrusted to the care of Philbin-Comeau Funeral Home, 176 Water St., Clinton. Online condolences may be placed at www.philbincomeaufh.com

US Army Reserves
The insignias listed here may be subject to copyright and / or trademarked. Those copyrights and trademarks are owned by the respective organizations.
Printable
Share on Facebook
Contact Us