In Memory of
Judith Yvonne
Velardi (Young)
1943 - 2017
Click above to light a memorial candle.
Memorial Candle Tribute From
Philbin-Comeau Funeral Home
"We are honored to provide this Book of Memories to the family."
View full message >>>
Send Flowers
Plant a Tree In Memory of Your Loved One
Click Here
Menu 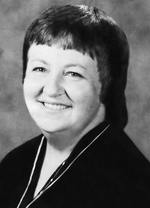 Clinton-Judith (Young) Velardi, 73, passed away peacefully surrounded by family on Thursday, November 16, 2017 at UMass Medical Center in Worcester. She is survived by her husband of 56 years, Michael Velardi, Sr.; two sons, Michael Velardi, Jr., and Brian S. Velardi & Heidi Melchor, all of Clinton; three granddaughters, Sarah, Anna, and Kaleigh Ann Velardi; her beloved sister and best friend Jane Smith; niece Sheri McKay and husband Mark; nephew Jason Young, and their children, all of PA; extended family, and many dear friends.
Judy was born in Fitchburg to the late George & Sylvia (Linde) Young. She graduated from Fitchburg High School, Class of 1961, and began her career as a nurses aide. She later worked for the law office of Attorney Ward in Fitchburg before becoming a real estate agent and working throughout Northern Worcester County. Judy was a talented cook who enjoyed preparing feasts for family and friends. She was an avid reader who also took pleasure in crafting and was happiest while in the company of her husband, sons, and granddaughters. Funeral services are to be held privately under the direction of the Philbin-Comeau Funeral Home, 176 Water St., Clinton. Online condolences may be placed at www.philbincomeaufh.com