In Memory of
MaryBeth
Blanchflower (Van Hoof)
1960 -
2017
Click above to light a memorial candle.
Menu
Send Flowers
Plant a Tree In Memory of Your Loved One
Click Here 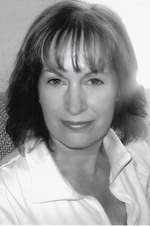 Lancaster-MaryBeth (Van Hoof) Blanchflower, 56, passed away peacefully on Friday, September 22, 2017 surrounded by family at Rose Monahan Hospice Home in Worcester following an illness.
MaryBeth was born in Clinton on October 4, 1960 to Robert and Helen (Moran) Van Hoof. She graduated from Nashoba Regional High School, Class of 1979 and later attended David Hall Fanning Trade School in Worcester, where she studied sewing and fashion. MaryBeth worked alongside her family in their business, Bob’s Turkey Farm in Lancaster, and served as the kitchen manager for many years. Throughout her life, she had been passionate about baking and sewing costumes for her beloved family and friends. She also enjoyed reading novels, traveling, giving to others, spending time with her family and caring for animals.
MaryBeth is survived by her two daughters Crystal M. Blanchflower and Michele V. Blanchflower, both of Ashburnham; her parents, Robert and Helen Van Hoof; siblings and their spouses, Robert M. Van Hoof of Clinton; John E. Van Hoof & Kathleen of Sterling; Jean Van Hoof of Pacific, WA; Richard Van Hoof & Jodi of Lancaster; Susan Miner and Charles of Lancaster; and Julie MacGregor & Malcolm of Lunenburg; several nieces, nephews, cousins, and many dear friends. Funeral services are to be held privately and are entrusted to the care of the Philbin-Comeau Funeral Home, 176 Water St., Clinton. Memorial contributions may be made in memory of MaryBeth Blanchflower to: Dana Farber Cancer Institute, P.O. Box 849168, Boston, MA 02284-9168. Online condolences may be placed at www.philbincomeaufh.com