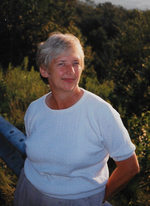 Worcester-Jane (Hall) McAuliffe, 79, a resident of the Briarwood Community, passed away peacefully surrounded by family on Saturday, August 12, 2017. She is survived by her beloved husband of 56 years, Thomas G. McAuliffe; daughter, Heather McAuliffe of Rockville, MD; son, Sean T. McAuliffe & wife Judy of Boylston; 3 grandchildren, Chelsea Goodspeed, Heather and Mitchell McAuliffe; sister, Joan Klapik of Shelton, CT; several nieces, nephews, many colleagues and dear friends.
Jane was born in Scranton, PA, to the late George and Mary (Donaldson) Hall. She graduated from Harding High School Class of 1956, completed undergraduate studies at Southern Connecticut Teacher’s College and achieved her Master’s degree from Western Maryland College. Throughout her distinguished career as an educator, Mrs. McAuliffe taught in several school systems in both Connecticut and Maryland, and served as Principal to both Pine Crest Elementary School in Silver Spring, MD and Candlewood Elementary School in Rockville, MD. In addition, she served as a teacher specialist and co-author of training manuals for educators preparing the gifted and talented. Mrs. McAuliffe also worked with student teachers from the University of Maryland for several years until ultimately retiring. She was a woman of great faith and devout member of the Presbyterian Church. Jane was an avid golfer with membership in several women’s leagues, and who proudly accomplished golf's greatest achievement with a hole-in-one. She was a talented gardener who took pleasure in growing both flowers and vegetables. Jane was happiest while in the company of her husband, children, and grandchildren, and will forever be missed as a devoted wife, mother, grandmother, sister, aunt, and friend. Calling hours will be held on Friday, August 18, 2017 from 2 until 4PM with a service to follow at 4PM in the Philbin-Comeau Funeral Home, 176 Water St., Clinton. Burial will later be held in Pine Grove Cemetery, Boylston. Memorial contributions may be made in memory of Jane McAuliffe to: Alzheimer’s Association of Massachusetts, 309 Waverley Oaks Road, Waltham, MA 02452. Online condolences may be placed at www.philbincomeaufh.com