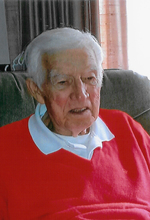 Clinton-Donald S. Lipka, 83, passed away peacefully on Friday, July 21, 2017 with family by his side at Rose Monahan Hospice Home in Worcester. He is survived by his siblings and their spouses, Edward Lipka & Shirley of Berlin; Charlotte Wilson of Sterling; Henry Lipka of Clinton; Walter Lipka & Francine of West Haven, CT; sister-in-law Janet Lipka of Clinton; his goddaughter Doreen Lipka, generations of nieces and nephews, and many dear friends, notably Sally Addy of Hudson, and the late Roman “Runch” Swiatkowski. He is pre-deceased by siblings, Helen Sesia, Theresa LeBlanc, Stanley, Vincent, Joseph, Willam, and infant brother Chester Lipka.
Don was born in Clinton to the late Stanley & Antoinette (Krawczyk) Lipka. He graduated from the Clinton High School, Class of 1951 and later enlisted to proudly serve our nation in the United States Army, where he was assigned to the artillery forces, and inducted as a member of the Ancient and Honorable Order of the Oozlefinch. He returned home and worked as a self-employed roofer and contractor before joining Van Brode Company in Clinton and ultimately retiring as warehouse supervisor for Weetbix. A devoted family man, Don provided care and comfort to his father throughout his final years. He held membership with the Polish American Veterans and was an avid outdoorsman. A talented athlete, he was a competitive golfer and avid fisherman who enjoyed annual trips salmon fishing and countless afternoons at the Wachusett Reservoir. Private funeral services and interment in St. John’s Cemetery, Lancaster, will be held under the direction of the Philbin-Comeau Funeral Home, 176 Water St., Clinton. Memorial contributions may be made in memory of Donald Lipka to: Alzheimer’s Association of MA, 309 Waverley Oaks Rd., Waltham, MA 02452. Online condolences may be placed at www.philbincomeaufh.com