In Memory of
Margaret Helen
Harriman Schipp (Hopfmann)
1924 - 2017
Click above to light a memorial candle.
Memorial Candle Tribute From
Philbin-Comeau Funeral Home
"We are honored to provide this Book of Memories to the family."
View full message >>>
Send Flowers
Plant a Tree In Memory of Your Loved One
Click Here
Menu 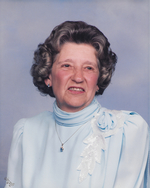 Lancaster-Margaret (Hopfmann) Harriman Schipp, 92, passed away peacefully on Tuesday, July 18, 2017 following a brief illness. She was born and raised in Clinton, daughter of the late William and Louise (Baer) Hopfmann. Margaret was a graduate of the Clinton High School, Class of 1942, and married her high school sweetheart, Frank Harriman, who passed away in 1976. She and Frank owned and operated Harriman’s Ice Cream from 1959 until 1975. She later met and married Bob Schipp, who passed away from Alzheimer’s in 1987. Margaret resided in Lancaster for 64 years until she moved to Whitney Place in Northborough in 2015. She enjoyed many hobbies over the years, including porcelain doll making, sewing, cooking, and bird watching. She was a dedicated fan of the Boston Celtics. Margaret was a member of the Leominster Art Association and served as a volunteer at Tower Hill Botanic Garden and the Clinton Hospital Thrift Store.
She is survived by her son, Frank Harriman and his companion Tina Avero, of Lancaster; her daughter, Nancy Church and husband Dell of Worcester; sister, Ruth Bartlett of Clinton; and three step-children, Bobby Schipp of Roslindale; Glenn Schipp of Hawaii; and Christine Wyns of Florida. She was pre-deceased by her brother Bill Hopfmann. Funeral services and burial in Eastwood Cemetery, Lancaster, will be held privately under the direction of the Philbin-Comeau Funeral Home, 176 Water St., Clinton. Memorial contributions may be made in memory of Margaret Schipp to Pat Brody Cat Shelter, P.O. Box 142, Lunenburg, MA 01462, or to a charity of your choice. Online condolences may be placed at www.philbincomeaufh.com