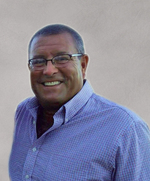 Clinton-Philip Edward Philbin Jr., 53, passed away Tuesday, July 18th at Portsmouth, New Hampshire Regional Hospital with his family by his side. Philip was predeceased by his father, Philip Edward Philbin Sr., and mother Mary Paterson (O’Malley) Philbin. He is survived by his wife of 24 years, Hadar (Ben Aroya) Philbin, and his two sons, Eben and Aidan. He also leaves behind his siblings, Maureen Philbin and Kerrie Philbin of Middletown, Rhode Island, and Timothy Philbin of Boston, Massachusetts, several nieces and nephews in Rhode Island, Israel, Australia and England, and many dear friends.
Philip was born in Clinton Massachusetts, and graduated from Clinton High School, Class of 1981. He graduated from George Washington University in 1985, where he studied political science and philosophy. During his time at George Washington University, he studied abroad at the American University in Paris where he developed a love of travel. Upon his graduation, he spent three years traveling the world, where he was fortunate to meet the love of his life, Hadar. He then spent six years living in Israel, learning his wife’s language and culture. Philip began his career with The Seven Hills Foundation in 1993, and fought tirelessly to support individuals with disabilities. In 2006 he was promoted to Assistant Vice President of Seven Hills Clinical Associates and in 2012 he was tapped to run Employment programs at the new Seven Hills ASPiRE! affiliate. Phil had genuine and close connections to all of the individuals he worked to support. He loved to grow vegetables with the children in the summer and tap maple trees in the spring.

Besides his family, Philip had a great love for Moody Beach, Maine, where he excelled at getting wicked tan. He enjoyed traveling with his wife and children to Israel where they visited family and explored the country. His love of gardening was unmatched – he picked vegetables and made sauces with his wide range of ingredients. There were few people in his neighborhood that didn’t benefit from his squash and tomato growing abilities. He also enjoyed bike riding and hiking with his family, notably in the Clamshell Pond and Forty Caves areas. Funeral services are to be held on Monday, July 24, 2017 from the Philbin-Comeau Funeral Home, 176 Water St., Clinton, with a Mass of Christian Burial to be celebrated at 10AM in St. Joseph the Good Provider Church, 52 West St., Berlin, with burial to follow in St. John’s Cemetery, Lancaster. Calling hours will be held in the funeral home on Sunday, July 23, 2017 from 4until 7PM. Memorial contributions may be made to the Eben and Aidan Philbin Education Fund, c/o Hometown Bank, 131 Main St., South Lancaster, MA 01561. Online condolences may be placed at www.philbincomeaufh.com