Obituary for George A. Musche 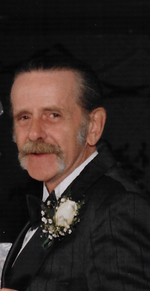 Clinton-George A. Musche, ‪75, passed away peacefully at St.‬‬ Vincent Hospital on Saturday, July 8, 2017. He is survived by his loving companion of nearly 20 years, Sandra White; his children & their spouses, Linda Musche-Zbink, wife of the late Mark Zbink, of Clinton; Sherry Musche-Willhite & Ronald of Athol; Madonna Musche-Van Winkle & Jackie of TN; George Musche & Angela of Springfield; Desiree DiMeco of Clinton; Jackie Robards of Webster; Katie Musche & Chris of NH; and Jason Musche of Concord, NH. He leaves his brother Allen Musche & wife Ginny of NC; numerous grandchildren, great-grandchildren, nieces, nephews, and dear friends. He is pre-deceased by two children, Randy Musche and Theresa “Tammi" Musche, and siblings, Mark Musche, Natalie “Kitty” Williams, and Linda Davidson.
George was born in Clinton to the late George & Natalie (Chagnon) Musche. He attended Clinton schools, and enlisted to proudly serve our nation in the United States Army as a paratrooper with Special Forces during the Vietnam War. He returned home safely to begin his career with ITT Surprenant in Clinton and later worked as a supervisor for Kelly Plastics and several plastics manufacturing companies throughout the area. George was an avid outdoorsman who enjoyed working in the yard, fishing, and riding his motorcycle. He could fix anything and was always willing to lend a hand to someone in need. He also was an avid coin collector; he loved animals and enjoyed science fiction. Funeral services are to be held privately under the direction of the Philbin-Comeau Funeral Home, ‪176 Water St.‬‬, Clinton. Online condolences may be placed at www.philbincomeaufh.com