In Memory of
Victor Manuel
Calderón del Rosario
1948 - 2017
Click above to light a memorial candle.
Memorial Candle Tribute From
Philbin-Comeau Funeral Home
"We are honored to provide this Book of Memories to the family."
View full message >>>
Send Flowers
Plant a Tree In Memory of Your Loved One
Click Here
Menu 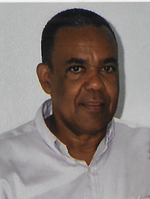 Clinton-Victor M. Calderón del Rosario, 68, passed away peacefully at UMass Medical Center in Worcester on Friday, March 10, 2017. He is survived by his beloved wife Martha Rojas; and their children, Anatholy Calderón of Clinton; Sumaya Calderón & husband Alexander Estrella of Worcester; Rosa Calderón of Worcester; Adriana Lavandier of Boston; and Katherine Calderón of Clinton. He leaves two grandchildren, Darlyn Calderón and Carlisle Payne; sister Florinda Calderón of NY; nieces, Nikauly De La Rosa-Ramos and Jenny Dayana De La Rosa; and many dear friends. He is pre-deceased by two siblings, Juan and Ageda Calderón.
Victor was born and educated in Los Buitres, San Cristobal, Dominican Republic, son of the late Genaro Calderón & Rosa Calderón del Rosario. He worked for many years as a technician in the glass factory Fabrica de Vidrio until emigrating to the United States in 1983. Victor settled in New York City until relocating to Clinton with his family. He was employed as a career maintenance technician in the hospitality industry, notably working for Best Western in Marlborough for many years. Victor loved traveling and enjoyed annual summer trips to Portland, Maine and Cape Cod. He loved music and was an avid sports fan. Victor was the quintessential gentleman; he was an impeccable dresser and always had a kind word for others. He will be dearly missed and forever remembered as a devoted husband, father, grandfather, brother, uncle and friend. A Funeral Service will be celebrated at 7PM on Thursday, March 16, 2017 in the Philbin-Comeau Funeral Home, 176 Water St., Clinton, with calling hours prior from 5 until 7PM. Interment will later be held in his hometown of San Cristobal, Dominican Republic. Online condolences may be placed at www.philbincomeaufh.com

Dominican Flag
The insignias listed here may be subject to copyright and / or trademarked. Those copyrights and trademarks are owned by the respective organizations.
Printable
Share on Facebook
Contact Us