Memorial Candle Tribute From
Philbin-Comeau Funeral Home
"We are honored to provide this Book of Memories to the family."
View full message >>>
Memorial Candle Tribute From
Ann Knight
"My deepest Condolences go out to the Duchnowski Family I am so sorry for you"
View full message >>>
In Memory of
Dennis V.
Duchnowski
1944 - 2016
Menu
Send Flowers
Plant a Tree In Memory of Your Loved One
Click Here 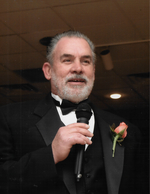 Clinton-Dennis V. Duchnowski, 72, passed away peacefully surrounded by his loving family on December 24, 2016 at UMass Medical Center in Worcester. He is pre-deceased by his beloved wife of 43 years, Alice (Arsenault) Duchnowski, who died in 2008, and their infant son Craig Duchnowski. He is survived by his children and their spouses, Dennis P. Duchnowski & Cara, Diane Duchnowski, Carey Janda and her companion John McRell, Kevin Duchnowski & Stacy, and David Duchnowski; 5 loving grandchildren, Krista, Jarrid, Lindsay, and Brandon Duchnowski, and Brooke Janda; and 3 great-grandchildren, Lin, Hunter, and Elijah, all of Clinton. He leaves his siblings and their spouses, Walter Duchnowski & Carol of Buzzards Bay, Rosalie Leaman & Phil of Morningdale, and Rita Ciavola of Florida; numerous nieces, nephews, cousins, and many dear friends.
Dennis was born in Clinton to the late Walter & Catherine (Fitzgerald) Duchnowski. He graduated from the Clinton High School, Class of 1961, and enlisted to proudly serve our nation in the United States Navy. Dennis was stationed aboard the USS Mississinewa and honorably discharged as a Machinist Repairman 2nd Class. He returned home to begin his life long career as a machinist, working more than 35 years for ITT Surprenant until his retirement. Dennis was a man of great faith, current member of St. John the Guardian of Our Lady Parish in Clinton and former member of Our Lady of the Rosary and Our Lady of Jasna Gora Parishes. He held membership with the VFW and was an avid outdoorsman who enjoyed camping, fishing, and hunting. He held the passion of sharing newfound treasures with his family and friends and was happiest while in the company of his wife, children, grandchildren, and great-grandchildren. A Funeral service will be celebrated at 10AM on Thursday, December 29, 2016 in the Philbin-Comeau Funeral Home, 176 Water St., Clinton, with burial to follow in St. John’s Cemetery, Lancaster. Calling hours will be held in the funeral home on Wednesday, December 28, 2016 from 4 until 7PM. Flowers may be sent or memorial contributions may be made in memory of Dennis Duchnowski to: Massachusetts Veterans Inc., 69 Grove St., Worcester, MA 01605. Online condolences may be placed at www.philbincomeaufh.com