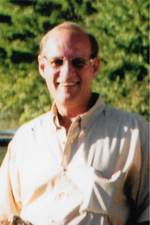 Clinton-Brian M. Laney, 60, died Tuesday, December 13, 2016 at UMass Medical Center in Worcester after being stricken ill. He is survived by his loving wife of 37 years, Helen (Zelny) Laney; two step-sons, Shawn Brothers, and Paul Brothers, both of Clinton; granddaughter Alexia Brothers; his siblings; William F. Laney, Jr. of Sterling; Dennis J. Laney of Worcester; Mark L. Laney of Clinton; Scott P. Laney & wife Paula, and Darlene Martin & husband Glenn, all of North Carolina; numerous nieces, nephews, cousins, and many dear friends.
Brian was born in Clinton to the late William & Marjorie (Stone) Laney. He was raised in Lancaster, graduated from the Nashoba Regional High School, Class of 1974, and continued studies at Quinsigamond Community College. Brian was a talented self-employed carpenter who worked with various contractors throughout his career. He was the quintessential handyman who was always helping others with home repair projects. Brian enjoyed the hobbies of baseball card and coin collecting. He loved music and was happiest in the company of his family. A Funeral Service will be celebrated at 1PM on Saturday, December 17, 2016 in the Philbin-Comeau Funeral Home, 176 Water St., Clinton, with calling hours prior from 11AM until 1PM. A further celebration of Brian’s life will be held following services on Saturday from 2 until 6PM at the Ringside Café, 2 Water St., Clinton. Online condolences may be placed at www.philbincomeaufh.com