In Memory of
John  Douglas Jeremy
Slinn
1936 - 2016
Click above to light a memorial candle.
Memorial Candle Tribute From
Philbin-Comeau Funeral Home
"We are honored to provide this Book of Memories to the family."
View full message >>>
Send Flowers
Plant a Tree In Memory of Your Loved One
Click Here
Menu 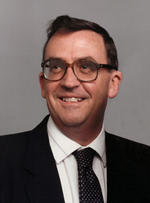 Clinton-John Douglas Jeremy Slinn, 80, passed away peacefully in his residence on Thursday, December 8, 2016, following a long illness. He is survived by his beloved wife of 38 years, Carolyn Hastings; their children Caroline Slinn of Gardner; Margaret Thomas & and her husband Richard of Sterling; John Edward Douglas Slinn & his partner Alex Maranto of Worcester; Margery Slinn Mendenhall of Madison, AL; 7 grandchildren with another expected soon: Sydney & Adam Thomas, Margery Dame, Saskia Baskin, John Douglas Matthew Slinn, Jonah & Cora Mendenhall; extended family and many dear friends. He was predeceased by his daughter Caroline A. Dame.
Jeremy was born in Chesterfield, Derbyshire, England to the late John Oliver Slinn & Margery (Mellors) Slinn. He completed studies at The London Polytechnic Institute, obtained his BA from Northeastern University and MSLS from Simmons College. He enjoyed a lifelong career as a Chartered Librarian, accepting invitation of positions in the libraries of Brookline, Wilmington, and Newton College of the Sacred Heart, before joining the library at Boston College, where he remained for nearly 25 years until his retirement as Associate University Librarian. He was a parishioner at the Church of the Good Shepherd in Clinton. In addition to numerous professional associations, Jeremy enjoyed membership with the Manchester Real Tennis Club, the Waltham Table Tennis Club, the Royal Horticultural Society and the Stow Minutemen. He held a great passion for history and literature, and had an affinity for nature and gardening. He loved animals, and was an accomplished farmer who raised sheep and chickens. Jeremy was very proud of his English heritage, and most cherished his time spent in the company of his loving family. A Celebration of His Life will be held at 11AM on Saturday, December 17, 2016 in the Church of the Good Shepherd, 209 Union St., Clinton. Memorial contributions may be made in memory of John Douglas Jeremy Slinn to: The Michael J. Fox Foundation for Parkinson’s Research, P.O. Box 5014, Hagerstown, MD 21741, or to the National Parkinson Foundation, 200 SE 1st St., Suite 800, Miami, FL 33131. Funeral arrangements are entrusted to the care to the Philbin-Comeau Funeral Home, 176 Water St., Clinton. Online condolences may be placed at www.philbincomeaufh.com

England Flag
The insignias listed here may be subject to copyright and / or trademarked. Those copyrights and trademarks are owned by the respective organizations.
Printable
Share on Facebook
Contact Us