Memorial Candle Tribute From
Philbin-Comeau Funeral Home
"We are honored to provide this Book of Memories to the family."
View full message >>>
Memorial Candle Tribute From
Freida Burrell
"We had nine beautiful years together & I will never forget you, my love. God ble"
View full message >>>
In Memory of
Rocci A.
Elia
1925 - 2016
Menu
Send Flowers
Plant a Tree In Memory of Your Loved One
Click Here

Obituary for Rocci A. Elia 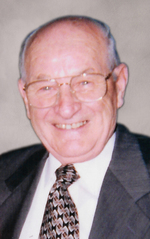 Clinton-Rocci A. Elia, 91, US Navy veteran of WWII, passed away peacefully at Lakeland Medical Center in Lakeland, Florida, on Veterans Day, November 11, 2016. He is preceded in death by his beloved wife of 55 years, Mary A. (Marino) Elia, who died in 2004, and their son, Rocci E. Elia, who died in 2009. He is survived by his grandson, Stephen M. Elia & his wife Sarah; great-grandson, Stephen M. Elia, Jr., all of Clinton. He leaves his sister Euphemia Parker & husband Richard of Cape Cod; his loving companion of 9 years, Freida Burrell of Lakeland, FL; daughter-in-law Nancy Elia of Clinton; sister-in-law Betty Elia, brother-in-law, Dr. Paul Harges; numerous nieces, nephews, cousins, colleagues and friends. He is pre-deceased by his siblings, Julie Elia-Harges, Joseph, Edward, and Francis Elia.
Rocci was born in Clinton to the late Rosario & Maria (DiNapoli) Elia. He graduated from the Clinton High School and enlisted to proudly serve our nation in the United States Navy. Rocci was assigned aboard the USS Dorothea L. Dix during WWII and safely returned home following service in the Asiatic-Pacific Theater. He began his professional career with the Colonial Press in Clinton, later worked for BASF, and ultimately retired from Dunn & Company in Clinton, where he enjoyed many years. Rocci was a life member of the Clinton Rotary Club and faithful member of St. John the Guardian of Our Lady Parish in Clinton. He dedicated himself as an advocate and volunteer for the Clinton Soup Kitchen while sharing his sense of humor and positive spirit with all who came in contact with him. He was an avid golfer who celebrated an astonishing 3 holes-in-one, and was a long time member of Sterling Country Club. Rocci enjoyed a happy retirement in Lakeland, Florida and will be missed by all who had the pleasure to have known him. A Mass of Christian Burial will be celebrated at 12PM on Wednesday, November 23, 2016 at St. John the Evangelist Church, 80 Union St., Clinton, with burial to follow in St. John’s Cemetery, Lancaster. Funeral arrangements are entrusted to the care of the Philbin-Comeau Funeral Home, 176 Water St., Clinton. Online condolences may be placed at www.philbincomeaufh.com