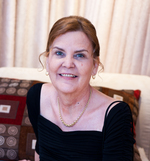 Lancaster - Joyce B. (Stolarczyk) Fontaine, 64, passed away on Thursday, October 20, 2016, at UMass Medical Center in Worcester, following a prolonged battle with cancer. She is survived by her beloved husband of 43 years, Ronald A. Fontaine; son Ronald V. Fontaine & wife Kristy of Norton; and daughter Jamie Fontaine of Lancaster. She leaves her father, Victor F. Stolarczyk of Webster; her twin sister Judith Earls & her husband Dr. Stephen Earls of Holden; brother Victor K. Stolarczyk & wife Cathy of Sutton; grandchildren; Aria, Aidan, Max, Isabel, Thomas, and Joshuah; several nieces, nephews, cousins, and many dear friends. She is preceded in death by her mother Frances (Darzenkiewicz) Stolarczyk.
Joyce was born on October 21, 1951, in Webster. As a child, she attended St. Joseph’s Parochial School and went on to attend and graduate from Bartlett High School, Class of 1969. Following high school, she worked for Paul Revere Life Insurance Company and later General Radio before setting aside professional ambitions to have children and become a full-time homemaker. Joyce was much more than a beloved wife and mother. At an early age, Joyce took up the art of sewing and became a talented seamstress and quilter. Her love of family and passion for sewing resulted in numerous heirlooms, which she joyfully gave to family and friends. Joyce's altruistic spirit was displayed in her service to organizations in her town; specifically sewing banners for the youth baseball league for the annual Memorial Day Parade and donating her time to the Church Bizarre. She was a history buff, avid reader, and skilled gardener. Joyce is remembered by her children as someone who consistently took her love of history to cultivate the same interests in them by taking them to historic sites and national parks and monuments. Joyce’s most cherished time was spent in the company of her family and will be forever missed by those who had the pleasure to have known her. Funeral services will be held on Tuesday, October 25, 2016, from the Philbin-Comeau Funeral Home, 176 Water St., Clinton, with a Mass of Christian Burial celebrated at 11AM in St. John the Evangelist Church, 80 Union St., Clinton. Calling hours will be held at the funeral home on Monday, October 24, 2016, from 5 until 8PM. Memorial contributions may be made in memory of Joyce Fontaine to: UMMF – TRIAL Fund, 333 South Street, Shrewsbury, MA 01545. Online condolences may be placed at www.philbincomeaufh.com