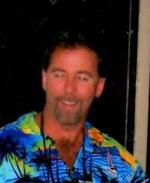 Boylston – Robert J. Croteau, Sr. “Captain Buck” recently passed away on Monday October 17, 2016 at UMass Hospital after a brave battle with Prostate Cancer. He was 53 years old.
Born on July 6, 1963, he grew up in Clinton, where he attended Clinton High School. He started working for O’Connor Plaster and Drywall back in 1986; learned his trade and started his own BC Drywall, Inc. Worked for himself for several years and eventually joined the Carpenter’s Union of Worcester; Local #107; where he learned additional trades: metalworking and became a certified welder.

Buck loved to travel. He loved going to Turks and Caicos Islands and Mexico, and many other Caribbean destinations. He was proud to be a fisherman and loved time on his boat, between Wellfleet and Provincetown. He spent many nights down the Cape enjoying life to the fullest.
Buck was also an avid gardener and loved working in the soil. Every year planting more than he could ever eat and was generous with what he grew. He was always helpful to those that needed a helping hand. He was a dedicated Red Sox fan and love the Patriots and watched them whenever they played.

Calling hours will be Saturday, October 22 from 1:00PM until 3:00PM at the Philbin-Comeau Funeral Home, 176 Water Street, Clinton.